I’m a second generation Asian who was born in this country. I experienced racial discrimination throughout most of my childhood and my teenage life.

Not only incidents to myself but to my father who was physically abused. I remember seeing him being abused which was a really horrible thing to witness when you’re about five or six years old. That sort of thing and being considered slightly different and growing up with being Asian… things haven’t got easier. In fact, things did get a little harder throughout school, particularly around secondary school. I went to a boy’s school and that was quite difficult. You had a group of Asian kids hanging out together, a group of white Kids, a group of black kids hanging out together, almost like in a gang My own personal preferences meant I didn’t like that. I wanted to mix with everybody, and just because of that I’ve also had racism from Asian people for mixing with other people outside our own culture. And I’ve experienced prejudice.

Over the last fifteen years I’ve developed a disability, a muscle wasting disease, which means that I’m permanently in a wheelchair. And, obviously, you face discrimination daily in relation to that. So all these things have had a real effect on me and everything I do. Some of it is at a much deeper level. You may not even consider it a hate crime.

One of the big things is, for instance, transport for disabled people, if you can’t get out and about because society isn’t making society accessible. They’re not doing it on purpose but there is an underlying feeling that it’s not important and you’re not being able to live life as a person should with all the opportunities and things that are available to the general public. The amount of times I’ve been to London for instance where you wave down a taxi and the taxi won’t stop for you and then you have to play silly games where you get your able-bodied partner to stand on the pavement and wave the taxi down and then you rush up at the last minute going .. me too!

You know there are two levels: there’s the obvious hate crime that we see, which is in your face, which is fuel|ed, but there’s also that feeling, an underlying feeling. I’ve even had actual words said to me in town and stuff like that… racial abuse being thrown at me and even the disability stuff. You know, people have said things like… “what are you doing out and about?” “Stay at home!”. If you’re in a wheelchair, there’s a lot of perception that there might be something mentally wrong with you, rather than just physically, so people will treat you like you’re mentally not all there as well. The amount of times I’m out and about with my carers and somebody will ask them a question rather than talking to me, and it’s like… hello, I am perfectly capable of speaking! But if you hear something enough you tend to believe it. So if you keep on hearing you’re not valued, you’re not worthy, there’s something wrong with you, you know? And there’s been days, there have been dark days where I will sit at home and go… I can’t be bothered, why bother getting out of bed?

I want to be treated in a way that I can live a full life without being afraid, without worrying and by being able to participate. And that just doesn’t happen. Sometimes it’s because of what I feel is a lack of knowledge. If people were more open and were open to discussion and the understanding that difference isn’t a bad thing. It’s actually a good thing. And I think the important thing is dialogue. But it does take everybody to work together and I think that is the same with race, with disability… with religion. Just open your eyes, start talking to people. But I do think things are changing. We work together to make society better. We help those more in need, but everybody has a place! The world is like a finely tuned clock where you have big cogs and little cogs and if you didn’t have the little cogs, the big cogs couldn’t work. And it is important that you realise that we are interconnected and we all have a purpose. And the hate crime message is that. Don’t think of I, think of us, and we, because if you make somebody else’s life better, you’ll make your life better. Guaranteed. 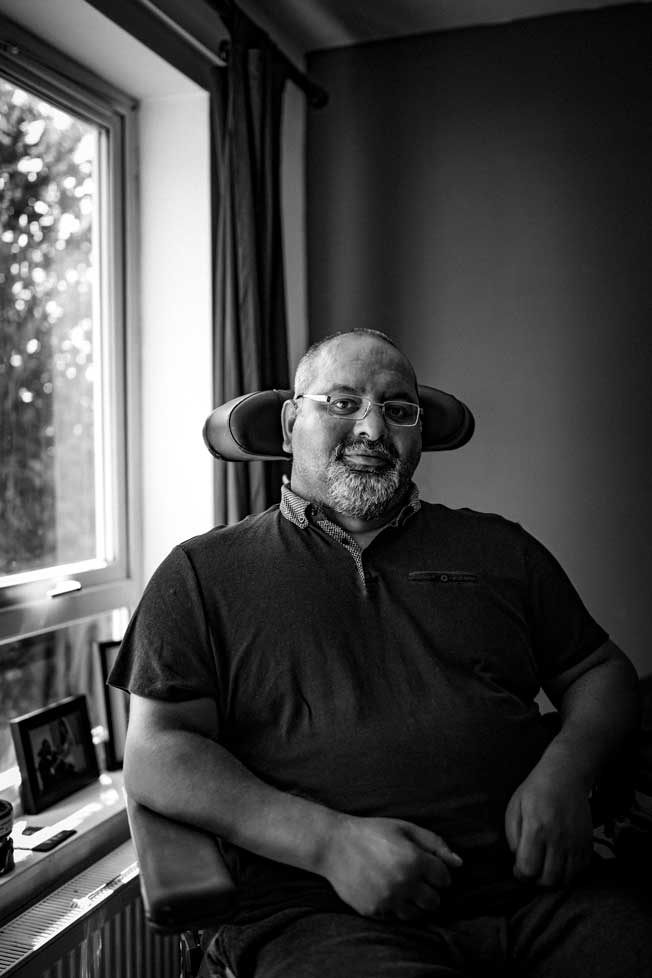