I was walking home from Uni during the day. I was just wearing generic clothes, just jeans and an off the shoulder top. A van went past me and beeped at me and I just thought, ‘just try not to think anything of it’.

Then, thirty seconds later, the same thing happened but a guy shouted out of the window at me. I didn’t really hear what he said initially, but because it had happened so quickly after another van, I became a bit conscious that maybe I’m dressed awkwardly or something, but I thought I wasn’t wearing anything that would provoke anybody to say anything to me.

Then, I walked around the corner towards my house and there was a man standing at the end of the road. He stopped in the middle of my path and looked me up and down… like really obviously looked me up and down. So I had to step to the side of him to get around him. He followed me around the corner and on the corner of the road, just in front of my front door, was an unmarked white van. There were two other guys sat in the van and it became apparent that they were with the man that was following me. One of the men in the van unwound his window and started saying things to me like, ” how are you doing today, darling?” and he was making leering comments towards me about the way I looked. I was trying to unlock my door and the whole time he was laughing at me because, obviously, I was uncomfortable.

I went into my house and I was aware I had to go to Uni again in about twenty minutes, but I didn’t want to leave my house because I felt like as soon as I left that I would get the same comments and feel uncomfortable. It was just the discomfort at the time and knowing that I had to go back out again. It was just thinking that I couldn’t get out of my house any other way than to go out of my front door. I knew that I was going to have to come face to face with these men that had made me feel so completely uncomfortable at the time. I just went in and completely stripped off everything I was wearing and put on a massive jumper and I just wanted to wear baggy things that didn’t mark me out as wearing anything that was even slightly tightly fitting. I’ve never felt so uncomfortable that I couldn’t leave my house and that stayed with me afterwards.

For a good couple of weeks afterwards I was acutely aware of walking around on those roads on my own and I only really wanted to go out if I was with my boyfriend or if I was with someone else. I didn’t want to be on my own and I didn’t want to be wearing typically summery clothes in case it happened again. I think it was the series of incidents happening in a few minutes that made me feel so uncomfortable. I think I felt angry towards myself as well because I felt like I had to change what I was wearing on that day because I feel so strongly that people should be able to just be themselves. I think that made me feel angry as well, that these men had me feel so uncomfortable in the choices that I’d made that day and that I had to rectify my own behaviour. I think it annoyed me as well as made me uncomfortable. So I made a social media post initially, and so many girls my age came forward and said that this had happened to them in Lincoln. I’ve had girls with different ethnicities and things say ‘I’ve had people make sexual comments towards me because of where I come from and things’ and I’ve heard a lot more since it’s happened.

I wasn’t aware until I started working with JUST Lincolnshire what an actual hate crime was or that you could even report things like this for instance, even if somebody is just calling you names and things in the street, I didn’t assume that the police would even be interested in taking something like that any further. And I think it’s important to be able to teach other people that you can report these things and protect them a bit more. Hopefully by me talking about it, then somebody else will be like, ‘oh okay, so this has happened to me, but maybe to a different degree. I could have said something at the time, or I could even say something now and something can be done about it to stop it happening again’. Hopefully, it will teach somebody else that they can have that confidence, just by being able to talk to somebody else. 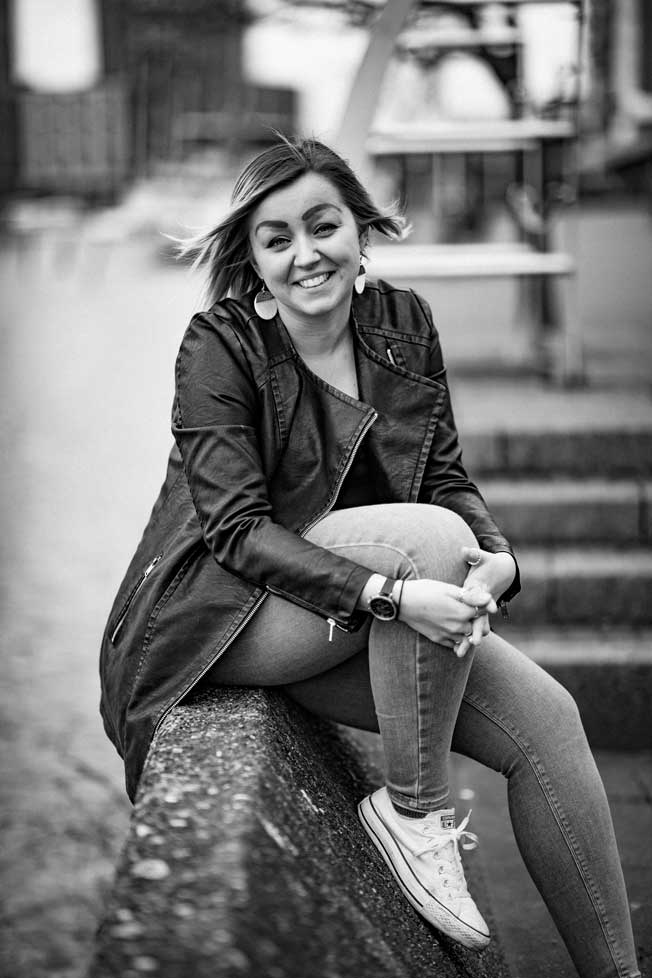